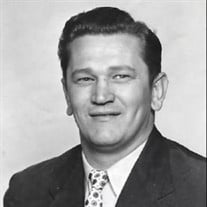 John Milkovich, known as the legendary trailblazer of the Milkovich Wrestling Dynasty, passed away on November 9, 2021 with his family by his side in Rocklin, California. He was 94 years old. John was married to Marian Harwood from Maple Heights, Ohio for 58 years before she passed away in 2010. He is survived by his five children: Debbie, Johnny, Kenny, Becky and Jenny (son-in-law Pete Duran), three grandchildren: Rachel, Kristina and Nicole, and great granddaughter Skylar. He is also survived by his two sisters: Mary Milkovich Wall (101 years old) and Dorothy Mulh (84 years old). John was born in 1927 in Cleveland to Croatian immigrants who had 8 children. The Milkovich family moved from Cleveland to Garfield Heights in the 1930's and eventually settled in Maple Heights. The Milkovich brothers popularized wrestling in the greater Cleveland area starting in the 1940's and left a legacy that lasted decades. John only lost one match in the four years he wrestled at Garfield Heights High and was the team's captain for two years and a state champion. After high school, John served in the army as a drill sergeant. He earned his BS in Education at Kent State University, and later went on to earn his MS in Child Psychology. While at Kent State University, John wrestled for the Legendary Joe Begala with an undefeated record and was the team captain from 1949 to 1950. John started his teaching and wrestling coach career at Case Western Reserve and Newbury High School. He went on to accept the wrestling coach position at West Junior High in Maple Heights in 1962. John carved an important niche in the history of Maple Heights schools, both as a teacher and wrestling coach. He excelled as a coach and mentor to young athletes and helped them to fulfill their full potential. As the coach for West Junior High, John provided a foundation for young wrestlers that allowed many of them to become state champions. Although touching many lives, John's contributions frequently went unheralded in his lifetime. During weekends and summers, John taught hundreds of people in the greater Cleveland area how to drive. In 1979, John was named teacher of the year and was in the Cleveland Plain Dealer for his contribution to teaching. After retiring from West Junior High in 1980, John moved to Las Vegas and taught for another 8 years at Kenny C. Guinn Middle School before permanently retiring. John was a prolific reader and writer, and spent his retirement doing his family's genealogy. He even took a trip to Croatia in 2003 to meet his extended family. John will always be remembered as a leader who loved teaching and coaching wrestling. John will be buried at Pine Crest Cemetery in Southington, Ohio with his wife Marian. Family, friends, former students, and all others are invited to attend the Celebration of Life on Saturday, November 20th 2021 at 12:00pm. The service will take place at: Quality Inn and Suites Richfield 4742 Brecksville Road Richfield, Oh 44286.

John Milkovich, known as the legendary trailblazer of the Milkovich Wrestling Dynasty, passed away on November 9, 2021 with his family by his side in Rocklin, California. He was 94 years old. John was married to Marian Harwood from Maple Heights,... View Obituary & Service Information

The family of John Milkovich created this Life Tributes page to make it easy to share your memories.

John Milkovich, known as the legendary trailblazer of the Milkovich...

Send flowers to the Milkovich family.