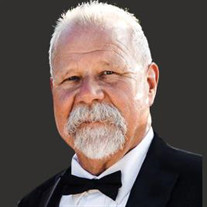 Mark James McKenney, 65, of North Olmsted, OH, passed away with family by his side on Tuesday, March 15, 2022 at Hospice of the Western Reserve - Ames Family Hospice House in Westlake, OH. He was born to Ralph and Patricia (McKiernan) McKenney in Cleveland, OH on July 13, 1956. As a young man he worked at a full-service station in Bay Village, OH where he learned how to repair and rebuild cars. His love of automobiles began at a young age and the day he turned 16 he purchased his first car, a blue 1965 Mustang Convertible. His passion for repairing and collecting cars continued throughout his life. Throughout high school he excelled in woodworking and metal shop. He spoke fondly of his former job at Belkin Productions, where he completed many projects in the workshop at Tower City in Cleveland, Ohio. Mark studied to become an Emergency Medical Technician (EMT) and paramedic at Lakeland Community College and Cleveland State University. Upon receiving his certification, he began a career of public service in 1976 when he joined the City of Cleveland Emergency Medical Service (EMS). He served as a paramedic and ultimately the Commander of Field Operations before retiring in 2011. During that time he was blessed to marry Neysa Patricia O’Donnell in September, 1979. Mark is survived by his wife, Neysa, his sons Devon McKenney and his wife, Danielle of Cary, NC, and Colin McKenney of North Olmsted, OH as well as his mother, Patricia McKenney of Bay Village, OH and his brother, Thomas McKenney, his wife, Solange, and their children Ainsley and Patrick of Boston, MA. He was preceded in death by his father, Ralph McKenney and his beloved canines Bailey, Brutus, and Cain. In his spare time Mark enjoyed both watching and participating in sports including baseball, football, and hockey, the latter of which he continued into his late forties. His passion and knowledge of athletics was passed on to both of his children and he often said one of his greatest accomplishments was coaching his boys and watching them excel in sports. Mark was a devoted Catholic. His hobbies included spending time with his family, soaking up the sun, wearing Hawaiian shirts, attending car shows, camping, listening to Irish music and working in the garage. He was generous with his time, always willing to lend a helping hand, and a friend to all. His conversational skills and stories will be deeply missed. A private service will be held in his honor on March 22, 2022. A celebration of life will be planned for a later date. Mark will be laid to rest at Sunset Memorial Park in North Olmsted, OH. Donations can be made in his name to: Hospice of the Western Reserve of Cleveland, OH and Cuyahoga County Animal Shelter https://www.hospicewr.org/Patients-and-Caregivers/Giving-Back/Make-a-Gift/Make-a-Donation https://cuyahogadogs.com/en-US/Online_Donation.aspx

Mark James McKenney, 65, of North Olmsted, OH, passed away with family by his side on Tuesday, March 15, 2022 at Hospice of the Western Reserve - Ames Family Hospice House in Westlake, OH. He was born to Ralph and Patricia (McKiernan) McKenney... View Obituary & Service Information

The family of Mark James McKenney created this Life Tributes page to make it easy to share your memories.

Mark James McKenney, 65, of North Olmsted, OH, passed away with...

Send flowers to the McKenney family.