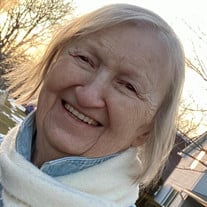 Theresa Helen Kozel Stepanik (90)of Berea, Ohio died peacefully Thursday, January 6, 2022 at The Thomas P. Perciak Family Residential Hospice in Strongsville. Theresa was born at home in the Village of Phillips, Uniontown, Pennsylvania on December 22, 1931, the seventh of the eight children of the late John A. Kozel Sr. and Anna McNosky Kozel. She was a 1951 Graduate of North Union High School in Uniontown where she met her husband of 70 years, Michael F. Stepanik. Through their years together they would build five homes by hand in Pennsylvania and Ohio. Theresa worked for several years at Chesler’s in Uniontown as a clerk and bookkeeper. She was a devoted daughter, sister, mother, grandma, baba, and prababka. Theresa was a great communicator and “the glue”. She enjoyed keeping in contact with family and friends and keeping them all connected to each other. Theresa was an incredible baker. Her Christmas cookie baking was epic! Her sugar cookies, Russian tea cakes, crispy kolache, and date nut pinwheels were always in high demand. An avid reader, she enjoyed sharing her love of Christian fiction with her niece Lisa Nara. Theresa was a member of St. Mary Catholic Church in Berea, Ohio. She is survived by her husband, Michael F. Stepanik, a son Michael T. Stepanik and wife Gwyneth Evans Stepanik of Strongsville, Ohio and a daughter, Teri A. Stepanik Lacy and husband John Lacy of Warren, Ohio ; seven grandchildren, Lindsey Stepanik (Christopher Obbish), Kyle Stepanik, Stephanie Kaminski (James), Brett Stepanik, Jamie Wooden (Kyle,) Anna Lacy and Kathryn Lacy; five great-grandchildren, Christopher Stepanik, Ellie Stepanik , Grant Kaminski, Laynie Kaminski and Cashton Lacy. Theresa is also survived by her sisters Irene Fitzpatrick of California and Margaret Gursky and husband Steve of New York, a brother in law Andrew Stepanik of Uniontown, PA, and many nieces and nephews. In addition to her parents, Theresa was preceded in death by her brothers, Benedict Kozel and John A. Kozel Jr.; her sisters Elizabeth Vitti, Madeline Shutok, and Veronica Nara. “IF YOU REMEMBER ANYTHING OF ME AFTER I LEAVE THIS WORLD, REMEMBER THAT I LOVED EVEN WHEN IT WAS FOOLISH. THAT I CARED EVEN WHEN IT WAS UNWANTED. WHEN MY BODY IS GONE, REMEMBER MY HEART.” -unknown A memorial service will be held at a later date. Donations in Theresa Stepanik’s memory can be made to Fayette County Community Action Agency Food Bank as no one should ever go hungry. Fayette County Community Action Food Bank ATTN: Donation, 108 North Beeson Avenue, Uniontown, PA 15401. Online memories may be left on Theresa's memorial page at www.sunsetfuneralandcemetery.com.

The family of Theresa K. Stepanik created this Life Tributes page to make it easy to share your memories.

Send flowers to the Stepanik family.